Views from my Deck

As I'm sure I have mentioned many times, I LOVE my deck. It is what sold us on the place and even though we could move to a bigger place, there is no way I would give up this deck and it's location. This winter has been unusual. This is supposedly the dry season and the creek (or weir as it is officially called) pretty much dries up. This winter, we still have water up under the deck. We had a horrible rain storm Friday and got about 5.5 inches of rain in less than 24 hours. Since our creek is part of a bigger system, they can control it so it doesn't flood. And on Friday, afternoon, they did open the floodgates and drain out some of the excess. Because of this, the water birds were out in an abundance yesterday and were having a feeding frenzy. It was difficult to get pictures but I did get a few. 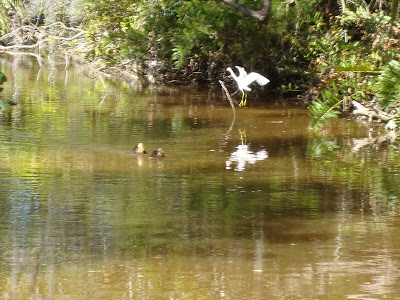 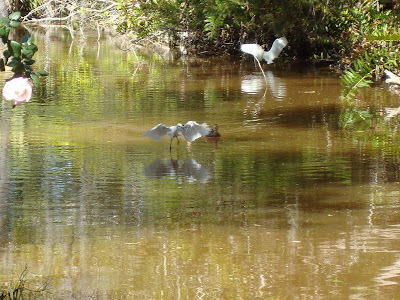 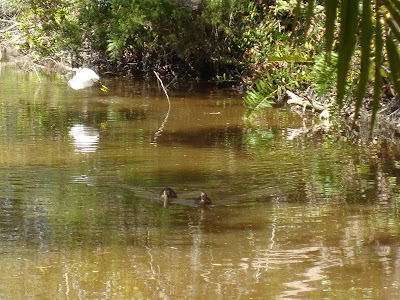 I'm sure that you can probably spot two little duckies making their way toward me. That would be Donny and Marie, a pair of Mottled Ducks who know a good thing when they see it. They found someone who is a pushover and who knows enough not to feed them bread. This someone actually went out and bought a fifty pound bag of duck chow so she would be prepared. So now, Donny and Marie visit several times a day! Yesterday, as the other birds were flying all over the place, these two spotted me and made a beeline through all the flapping wings to get their chow. That would be Donny (he's a little bit country) on the left and Marie (she's a little bit rock and roll) on the right. I'm waiting for the day they show up with a whole family of Osmonds--I mean Duckies. 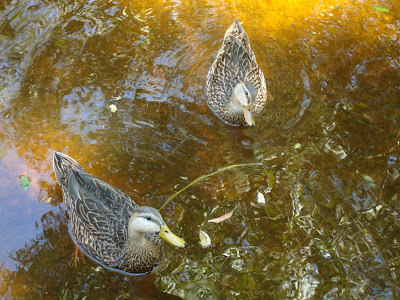 I do have other visitors too. I have a couple of bird feeders and I've had quite a few visitors. This pair of Mourning Doves can be seen hanging around quite often. They've been here the past two or three years as a matter of fact. 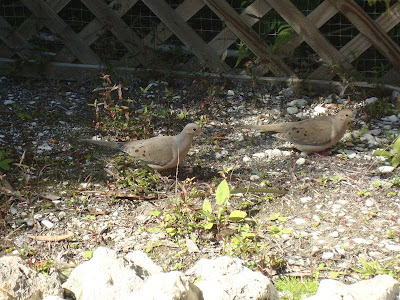 A couple of years ago, I did a "soft release" for CROW of a Common Grackle. This means that they are ready for the wild but you give them a place where they can come back for food for a few days if they want to. He never came back for the food then but the past two springs, a Grackle does appear at my feeder and I would like to think it is the same guy "coming home to roost". 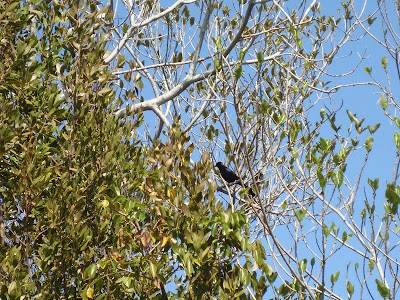 I have also spotted a male and female cardinal and a gorgeous Painted Bunting. I haven't been able to get pictures of them this year but here they are last spring. I'm sure it's the same ones. 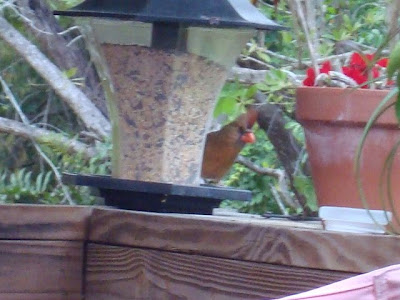 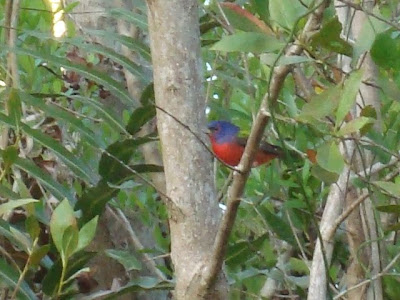 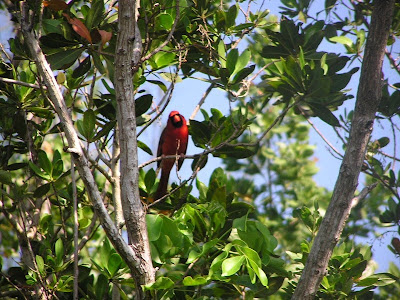 I've had a beautiful Great Egret out back on several occasions and this gorgeous Little Blue Heron. 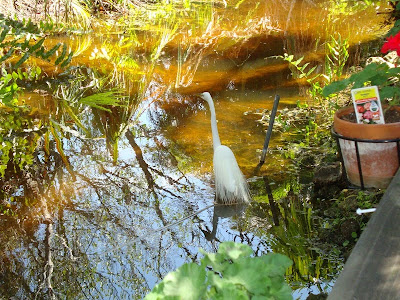 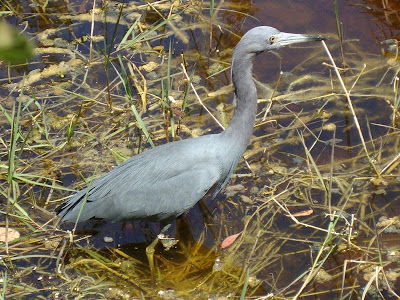 As you can expect, I go out on the deck several times a day (with my camera) just to see who might be visiting. Chances are, it will be Donny and Marie but you never know who you might find.

Beautiful. I've seen most of your locals on my visits, but have never seen a bunting yet. It's on my to-do - along with iquanas, nile lizards, bobcats -- all things I haven't seen yet. I'm sure glad I got to meet wilma so many times while she was still there!

Great photos! I'd love to see a bunting, but never have. I've seen iguanas and bobcats. My street is next to the Bailey Tract.

What beautiful pictures. I think I would live on your deck if that was my view. Makes me ache for Spring to really get here, though right now all those animals would be building an ark here!!

Please feel free to come visit my blog at http://gloslittlecorner.blogspot.com/2010/03/my-new-must-have-disney-world-toy.html

LOVE the bunting - what a gift when one of those comes 'round! :)