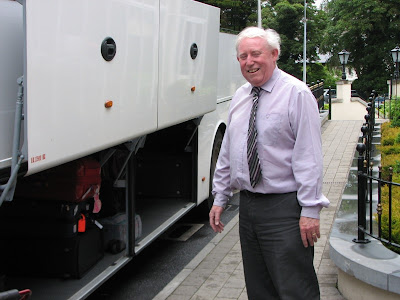 On Saturday morning, we had to have one piece of luggage apiece outside our room at 8:00. While we were having our usual "Full Irish Breakfast", the porters were carrying our luggage downstairs. After breakfast, we got our hand luggage, handed it to Nigel, and boarded the coach. (Ya know--the more I look at the picture above, the more Nigel looks like a leprechaun.)

Anyway, we hit the road heading south to Kilkenny and eventually Cork where we would spend the next two nights. Our first stop was at St. Canice's Cathedral in Kilkenny. St. Canice’s is actually Protestant and is the seat of the Anglican Bishop of Cashel and Ossory. It was built as a Catholic cathedral but was taken over by the Protestants during the Reformation. The church has a very tall tower much like the one at Glendalough.To borrow from George Flew's website "There has been a church on this spot since around the 6th century, while the bell tower dates from the 9th century and the current church structure from the 13th century." George was on the trip and is a whole lot better than me at remembering the history lessons we were taught. 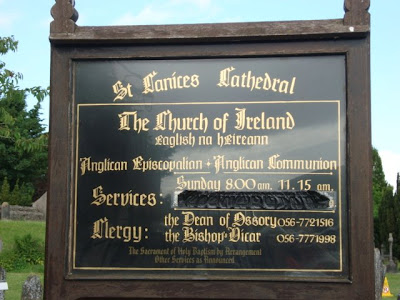 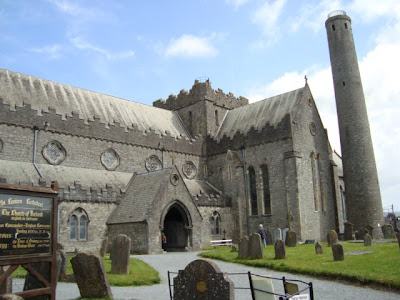 The cathedral was an amazing place to take pictures. Here are just a few of the many I took. 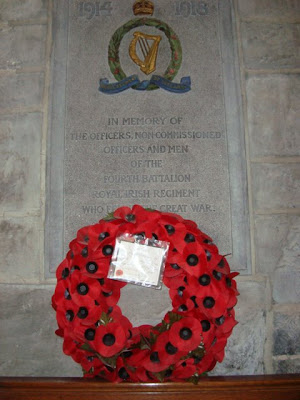 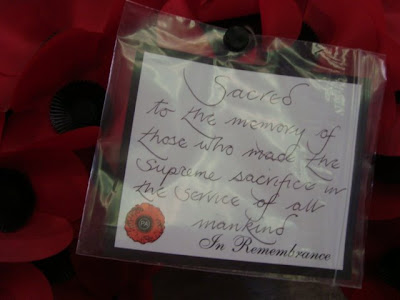 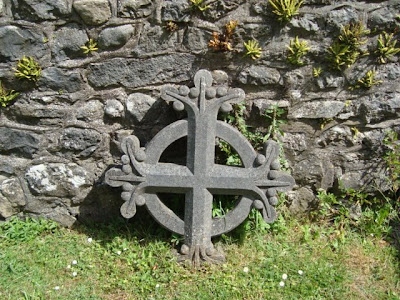 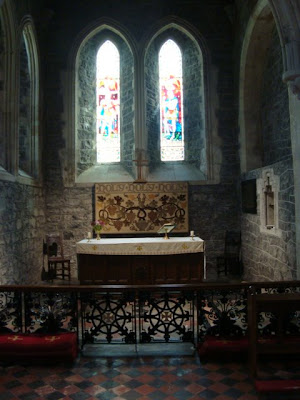 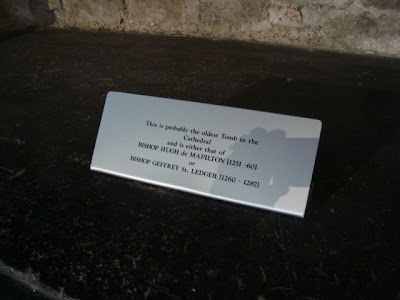 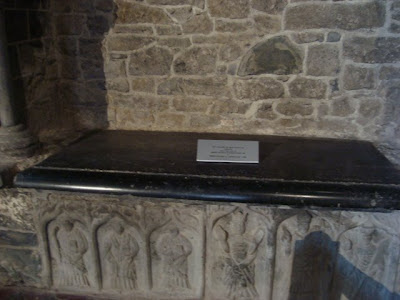 From St. Canice's we headed to Killkenny Castle. It was built in 1195 by the Earl of Pembroke but was sold to the Butler family in 1381. Trying to maintain the castle was very costly. In 1967, Arthur Butler, 6th Marquess and 24th Earl of Ormonde, sold the abandoned and deteriorating castle to the Castle Restoration Committee for 50 pounds. (Don't you wish you had had 50 pounds back then??) Anyway, we toured the castle then were allowed to hit the town for lunch. 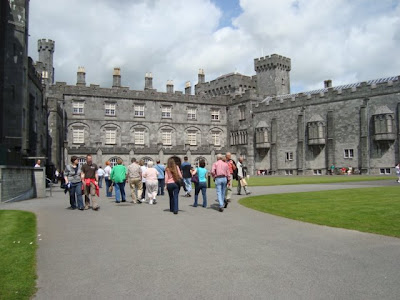 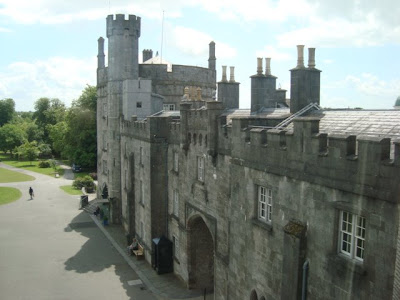 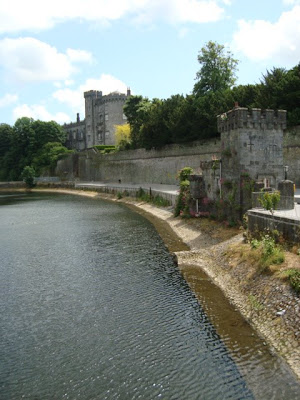 Jan, Al, Mr. Snowbird and I opted to go to the Left Bank for lunch. The Left Bank was actually an old bank. Very interesting interior. Jan and I weren't too thrilled, though, when we found that the restrooms were on the 3rd floor. After we climbed up three flights we discovered that there was an elevator!! 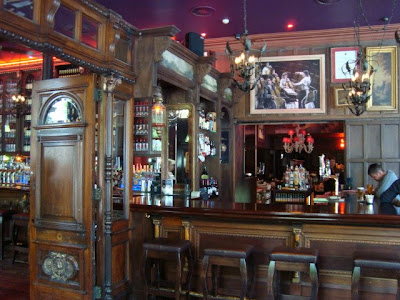 After lunch, we had to hurry back to the coach--again no time to shop or wander the delightful streets of Kilkenny. But we had a long drive ahead of us before we arrived in Cork. We hit Cork at rush hour and just as a soccer game was getting underway so we were faced with TRAFFIC! 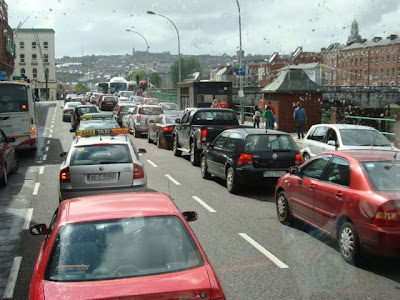 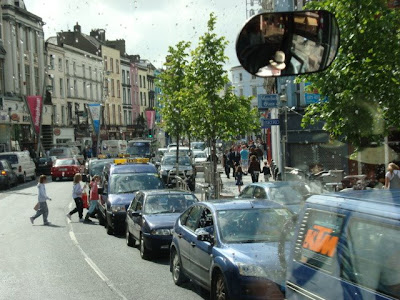 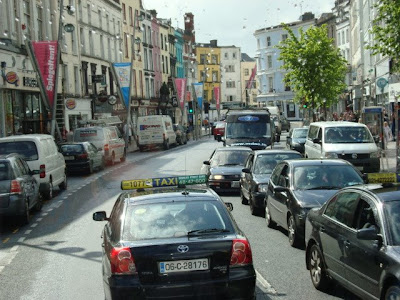 We arrived at the Imperial Hotel in Cork, checked into our room, then decided to go out and walk through the streets. Unfortunately all of the stores were already closed. The hotel was very nice but our room overlooked the street--a VERY noisy street at night. There were a couple of bars just down the street and they were open until 3:00 am!! And with no air conditioning, we had to leave our windows open all night. After two nights of this, Alex stated that he wouldn't be staying there next year on his tour! So, anyway, it was a great day and we were able to get away from Dublin and see more of the Ireland I expected to see. And we were looking forward to seeing much more--even though we were a bit bleary eyed.